Bexley AC’s u13 girls & u15 boys took part in the British Athletics’ ClubConnect relays during the Anniversary Games on Sunday 21st July at the Olympic Stadium. Both teams performed really well and broke club records. The girls came 7th and the boys made 3rd place.

Videos are available on the British Athletics YouTube channel: 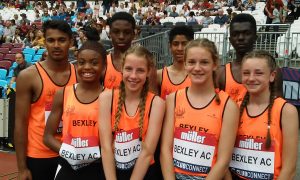 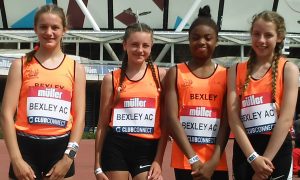 From the England Athletics website:
“British Athletics’ ClubConnect initiative has the objective of recognising and rewarding the significant contributions made by clubs in supporting athletes through all levels of their athletics journey. The initiative has gone from strength to strength since being launched in January 2014 and plans to continue growing! Clubs are the foundation of the athletics pyramid, British Athletics recognises this and will be using our global award winning major events to showcase clubs and age group athletes in different formats.”